Iron and Manganese are naturally occurring minerals that can be a nuisance in a water supply. Five percent of the earth’s crust is composed of iron and 0.1 percent is composed of manganese. Water percolating through soil and rock can dissolve minerals containing iron and manganese and hold them in solution.

In deep wells, where oxygen content is low, the iron/manganese-bearing water is clear and colorless (the iron and manganese are dissolved). In turn, as the water comes out of your tap it may appear clear, but when exposed to air, iron and manganese become oxidized and change from colorless, dissolved forms to colored, solid forms.

Iron will cause reddish-brown staining of laundry, porcelain, dishes, utensils and even glassware. Manganese acts in a similar way but causes a brownish-black stain. Soaps and detergents do not remove these stains, and use of chlorine bleach and alkaline builders (such as sodium and carbonate) may intensify the stains. 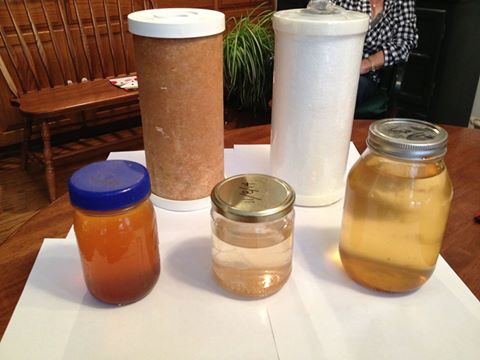